If you live under a rock and somehow managed to miss the massive mix up at this year’s Miss Universe pageant, then you need to invest in a smartphone. And then watch the clip of the gaffe here in all its awkward glory:

Basically, host Steve Harvey misread the card that named the winner and runner up. He crowned the wrong woman. Then he had to fix it. They literally took the crown off of poor Miss Colombia’s perfectly-coiffed head and stuck in on the very confused Miss Phillipines.

The two contestants handled it as gracefully as any supernaturally beautiful human could. But it was still painfully uncomfortable to watch. You can’t get through the video without cringing.

Even better than the miserable spectacle of the crowning mishap was the world’s reaction to the debacle on social media. And thus a slew of memes were born.

Here are 14 of the REAL winners of the whole mess: Give that man a pity Oscar, and give Miss Colombia a pity crown.

What should've happened… Crowns for everyone 😂 #MissUniverse2015 pic.twitter.com/5kBFTrjueo

And none for Miss Colombia BYE.

“What do you mean?” -Miss Colombia, Miss Phillipines, and Justin Bieber 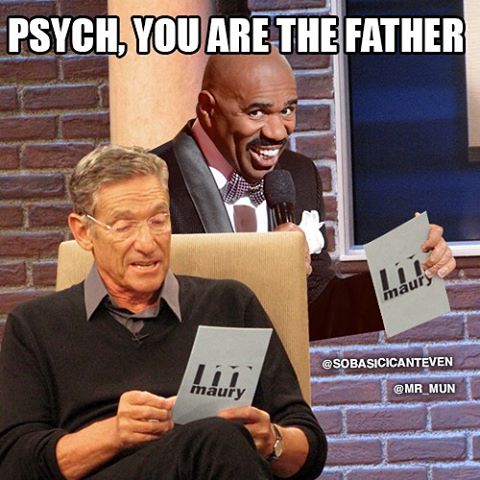 Except y’know… with a baby human instead of a crown.

He can’t escape it.

I'd like to apologize wholeheartedly to Miss Colombia & Miss Philippines for my huge mistake in making Steve Harvey.

Hey. It was an honest mistake, right?

Wrong #MissUniverse crowned last night. For 2 minutes. Remember when that happened with our President in 2000 & we had to keep him 8 years?

The Internet is just middle school all over again.

He’s gonna go Grey Gardens after this one, isn’t he?

He handled it like a champ. Or a total asshole. Bit of both. We still laughed.